I Can’t Write This?

Therapy aside, I have nothing to say. How can something that is such a chore be therapeutic?

Maybe that’s why it is.

Maybe I’ll have something to say tomorrow.

Mentors, Icons and Other Demons 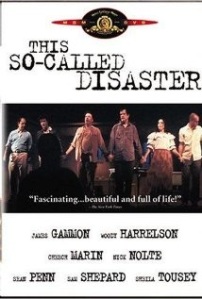 I watched a documentary the other day called This So-Called Disaster: Sam Shepard Directs the Late Henry Moss.  I wanted to see something of the man Moses has made a subconscious Mentor of.  Didn’t want to see his movies because he is only an actor in them.  No, I wanted to see the real person.

The documentary shows a man directing his own play.  Nowhere in it does he ramble off large speeches.  He listens more than anything.  He watches.  It would appear that Moses’ dream shaman was a creation all his own.  I didn’t need a documentary to figure that one out.  I did find the real man more interesting than the dream version.

But at least Moses has a mentor, real or make believe, an influence that focuses his life.  Me?  I am not really drawn to icons.  I already have too many unattainable influences in my life.  I prefer the real and the now.

Outside of Moses’ circle, I have one friend and one confidant.  Friend?  FBI Special Agent Jessica Abrams.  Yes, Melanie you are correct.  We have a friendship of sorts.  I may be a professional responsibility to her but she has given me focus.  At least in memory, I have no experience with a sister but that is how I think of Jessie.  The older sister I may have had but will never know.

My confidant?  My shrink.  Yes.  Therapy.  That wasn’t hard to figure out either.  Jessie set this up.  Once a week I take a train into New York to see my therapist.  Why New York and not someone local?  Jessie thought I needed to get out of my home turf once in a while and this guy is a specialist in people who pop out of nowhere with no memories.

Why tell you all this?  My therapist thinks it will be good for me.  So I comply.

Sanity?  I don’t dream like Moses but I see things differently – two worlds at once.  I’m not sure which is the real and which the made up.

Mentors?  Yes.  One.  Icons?  None, except Moses himself.  Demons?  I face them once a week in New York.

Any clues to that were wiped away within the first few moments of my memory.  Two people, Melanie and Ray, told me all I needed to know about who I was.  But, how do they know?  They only know what Moses’ has put together for himself.  Does that mean his theories are mine?

From the back, Ray is not impressive.  He is average build,  around 5’8” with short cut grey hair.  Turn him around, though, and his presence is huge.  Maybe the power of his stare or just his personality but you become stuck in place waiting for him to say something.

That wait can take a long time.  He doesn’t talk a lot.  He thinks the words out before opening his mouth.  So when a man like that  speaks the first intelligible thing to you, it has weight.  It forms who you are.  I just don’t want it to direct who I will be.  That is my search, not who am I but who will I be in this life.

If there is a personal history out there for me then great.  I don’t count on that.  Moses searched for over twenty years and look what that got him.  Dream quest, walkabout, vision … crap.  He is just running now.  Running away so the pain does not catch up to him.

I, left with his stuff, his money, his pets, “carry on” his work is now mine.  That is unfair.  It is not the responsibility of the son to complete the father’s unfinished labors.

Wow, I called him father and me son.  I guess that would be the best description of our relationship.  The father who left and the son who has to make sense of himself in the emptiness left behind.

The Belly Of The Dragon

I, too, dream of Dragons.  But, as stated earlier, mine are from the Dragon’s point of veiw.  Who truly is not listening?  Me or him?

Leave a comment   |  tags: Communication, Dragon, Listen, No One Hears, Talk | posted in My Personal Ramblings

It Is Christmas Again

It’s cold.  Rainey.  Not much snow but some.  I am north; near the ocean.  The image gives hint.

Chirstmas.  Again.  This time, I travel the world instead of just my imagination.  A year ago, I contemplated starting a blog in video.  Many things were learned from that but little of what I truly sought.  More confusion than concretized solutions really.

I sit in a rustic cabin, ocean to my front, forest to my back, and the sound of both compete for clarity.  That is my life.  Two streams, both pulling focus with little success.  I, in the middle, am like the wood burning stove that warms my cabin.  Its crackle centers the commotion from outside as I the cotter pin tying two diverse lives together.

I look not for answers anymore but instead search the high seas of experience like an explorer of time past blowing about on oceans unknown hoping to discover the great find of my time … who am I?  The answer to that may be the answer to many individual’s inquiries into themselves yet unsolved.

Merry Christmas by the way.  I did not set up a tree this year.  It seemed a bit silly with the competition going on just outside in the woods.  I thought it was lonely in my house.  Travelling is far lonelier.  No one knows me when I buy that cup of coffee as I move from place to place.  The walls around me are not those of a house but those of utter isolation.  I am truly a stranger now.

I hope Oliver’s first Christmas in this realm was not so challenging as his Thanksgiving.  I hope that both he and Melanie were able to exchange the gift of companionship on this loneliest of all holidays.  I would enjoy a cup of conversation or a moment of familiar faces.  Truly, that is what this moment in time is, familiarity in the middle of each year’s chaos.

I sit straddling the competing frequencies of ocean and forest.  They hum a siren’s song I cannot understand that feeds on some unknown past.  A past of either here or there I cannot say.

Happy Holidays to all.

Two birds, both dead, in the gutter of a very busy street.  At first, I only saw the larger one, a falcon.  I’ve never seen a bird of prey in a gutter.  It caught my attention.  Then I noticed a pigeon lying next to it just as dead.

I sat down on the curb looking at those lifeless creatures trying to piece together the puzzle.  Cars sped by creating puffs of wind on my face.  It had been a chase, both intent on individual goals, one striking out at a meal, the other trying not to be that meal.  They were focused on the moment, neither noticing the minivan or sedan speeding right through them.  Probably never knew what happened.  Everything just went black.

It made me think, am I like this, too?  Do I hyper-focus only on my goals, oblivious to what transpires around me.  It’s going to be Christmas in a couple of days.  I’ll buy a tree and decorate it.  Moses started this blog about a year ago looking for answers.  Unlike TV, life does not wrap up neatly.  It spills out until it’s done.

Wonder if I will get any Christmas presents?  That would be weird. 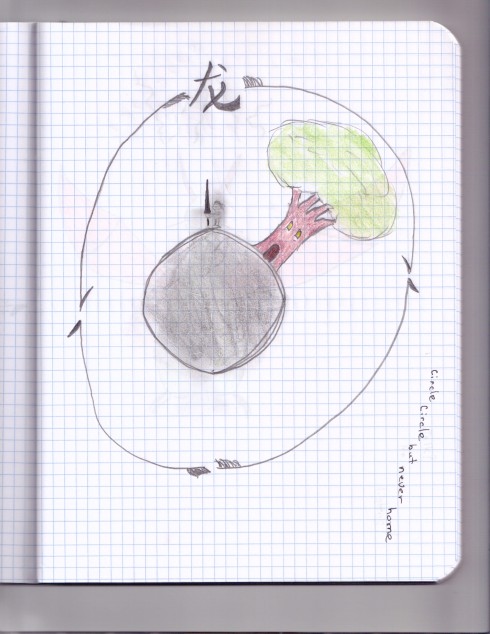 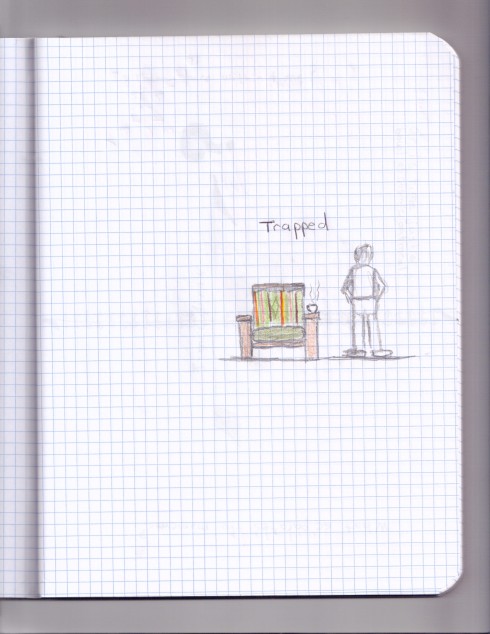